Priced out of litigation? 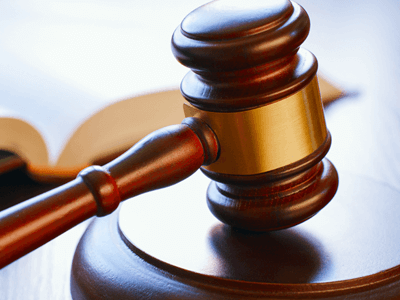 On 9 March 2015 the Ministry of Justice announced what was, at that time, a radical change to the fee structure of issuing fast or multi track valued claims. Gone were the fixed fees for bands of claims, and in their place was a 5% charge on all claims over £10,000, with a maximum fee cap of £10,000. By way of simple comparison, under the old regime the maximum fee required for a claim of more than £300,000 was £1,920.00.

Just over a year later, on 21 March 2016, the MoJ announced further increases, including:

As a result, we are now in a situation where the cost of getting into and getting out of litigation has increased at the same time that courts are placing greater emphasis on costs management and alternative dispute resolution.

These increasing costs beg the question: why should you bother with litigation at all? Even those outside the legal profession are unlikely to have missed the headlines decrying the government’s actions, claiming quite rightly (to an extent), that the increase in fees would mean preventing access to justice for some sections of society.

The argument about preventing access to justice, however, is only part of the story. The big, bold headlines miss the nuances of reality; it is true that the increase in upfront costs means some may baulk at issuing valid claims, but it also means that others will equally hesitate before issuing vexatious claims (or counterclaims, as the case may be). The Court system is a juggernaut dealing with thousands upon thousands of matters on a daily basis, and anyone with even the briefest of encounters with the system knows that something needed to change. While increasing costs might seem like a default answer to the problems we currently face, one hopes that in a few years’ time we will start seeing the payoff with a vastly improved judicial system.

The truth though, is that most Claimants, whether they be individuals or corporate entities, care more about their own individual issues rather than the macro-economic concerns of the country as a whole. With that in mind, here are a few reasons why business should continue as usual.

In the last couple of years the Court costs of litigation have increased exponentially, far in excess of inflation or any other measure of growth. But while this means that costs have recently come under the spotlight, it would be incorrect to suggest solicitors did not monitor and consider costs implications before. What clients must always bear in mind when considering litigation is, firstly, that if they succeed they will most likely recover a fair chunk of the costs incurred (subject to assessment by the Court); and secondly, that their solicitor should always keep them informed of the claim and the costs- from the beginning when considering whether to pursue the action, to the very end when considering methods of enforcing judgment (and everything in between, be it settlement, interim applications, trial or discontinuance).

So in answer to the question posed by the title; client’s should not feel priced out of litigation and should know that their solicitors will make sure their money is well spent and effectively utilised.