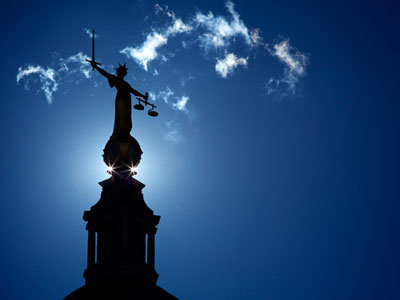 The much anticipated full judgment from the Court of Appeal in the conjoined appeals of McBride V UK Insurance and Clayton V EUI Ltd is now available for those involved in the credit hire industry.

As was already known from the initial verdict, the Court of Appeal broadly upheld the principles established in the case of Stevens v Equity Syndicate Management Ltd [2015] EWCA Civ 93. The full judgment gives more detailed explanations of the verdict and the principles applied by the Appeal Court judges.

The decision in the case of Stevens sent shockwaves through the credit hire world and had a significant impact upon the approach to handling claims to recover the costs of hiring a replacement vehicle after a road accident. No longer were the courts prepared to award damages based upon the highest basic hire rate available; instead, the lowest reasonable rate from a mainstream supplier or a reputable hirer in the general locality formed the basis for calculating the sum due.

In these two subsequent cases, the Court of Appeal considered the assessment of recoverable damages in road traffic collision cases in which the claimant had hired a car from a credit hire company and had paid a premium to reduce his insurance excess to nil. Both McBride’s and Clayton's hire rates included a collision damage waiver (at £10 per day - McBride and £17.50 per day - Clayton) to reduce the drivers' insurance excess to nil.

Two key grounds of appeal were allowed in McBride. The first point advanced was that the decision in Stevens was wrong and inconsistent with earlier authorities. The Court of Appeal took little time to dismiss this argument. Stevens was correctly decided and was binding. The judges noted that the decision in Stevens represented a “sensible evolution of the law” which takes into account the fact that consumers can now easily access replacement vehicles and rates via the internet. The second point argued in McBride was that the judge should have found that because none of the basic hire rates included the cost of a nil excess, there was no evidence that the credit hire rate exceeded the basic hire rate. Alternatively, he argued that the judge should have increased the £225 basic hire rate to reflect the cost of reducing the excess to nil.

The Court of Appeal judges noted:

•  Where a nil excess was not available from mainstream hire companies, the correct approach was to treat the credit hire nil excess separately from the comparison of the credit hire rate with insurance excess, and the basic hire rate with a similar excess. Almost invariably, it would be reasonable for the claimant to seek a nil excess, Bee v Jenson [2006] EWHC 3359 (Comm) applied. The only question was how much should be recoverable to reflect the cost of purchasing it.

•  In McBride’s' case, the only viable nil excess cover was that provided by the credit hire company, and the judge should have increased the £225 basic daily hire rate to reflect the cost of the nil excess (paras 68-81).

McBride’s appeal was therefore allowed in part, with an adjustment to the damages awarded to the claimant of £888 (£740 plus VAT) to reflect the cost of the nil excess.

The circumstances were slightly different in Clayton, as the trial judge adjusted the basic hire rates to allow for the fact that the quote did not have a zero excess liability equivalent to the same provision under the credit hire agreement. The rates were increased by 10% to reflect this. They were then increased by a further 15% as it was held that it would have been more reasonable to apply 7-day hire rates, rather than the cheaper 28-day hire rates which the defendants had sought to rely upon. Clayton submitted that the district judge had erred in his approach to the nil excess and the 7-day hire rate.

The Court of Appeal judges noted:

•  Stripping out those parts of the credit hire charge that were irrecoverable was an approximate exercise. The best evidence of which elements should be stripped out would come from the credit hire companies' charging structures, which they did not release. Therefore, although the defendant bore the burden of establishing that the credit hire rate exceeded the basic hire rate, it would be unjust to take an exacting approach to evidence of rates.

•  Taking a realistic approach, the district judge in Clayton's case had been entitled to add 15% to arrive at a 7-day rate. In doing so, he had drawn on his experience of credit hire cases and the judicial knowledge that seven-day hire was charged at a higher rate than long-term hire (paras 95-101).

•  The district judge should ideally have undertaken a separate assessment of the reasonableness of taking out a nil excess with a credit hire company, having regard to the availability of stand-alone excess-elimination products available. It should be the norm for the courts to accept evidence of such stand-alone products. If he had done this, he might have concluded that waiver paid by Clayton (£17.50 per day) was reasonable. That said, the district judge's 10% adjustment to the basic hire rate was justifiable (paras 102-107).

Judge & Priestley are experts in subrogated loss recovery for the UK insurance industry. If you would like to discuss how we can help you in this area please contact Andrew Lloyd on 020 8290 7096 or email alloyd@judge-priestley.co.uk.

We use a range of cookies to improve your experience of our site. Find out more.