Your short guide to the new insolvency rules 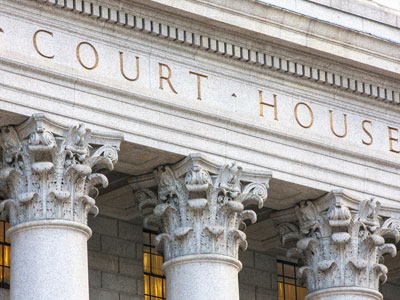 The Government has released the final form of the Insolvency (England and Wales) Rules 2016. The rules, which will take effect from 6 April 2017, will replace the existing Insolvency Rules 1986, as well as any amendments that were made thereafter.

Why are new insolvency rules being introduced?

The forthcoming changes seek to modernise and consolidate the legislation, bringing it in line with modern business practices to allow for a more streamlined and efficient insolvency process. The new rules will follow a more logical and clear structure, using gender neutral language and present-day terminology. The rules have also been restructured in a simpler fashion to make them easier for users to understand.

In addition, the revised legislation will take into account any changes made to insolvency law as a result of other Acts, namely the Deregulation Act 2015 and the Small Business, Enterprise and Employment Act 2015.

What changes have been made?

The reformed rules represent the biggest change to insolvency law in 30 years. Here are some of the key changes that will be introduced in April 2017:

• Face-to-face creditor meetings will no longer be an automatic requirement for decision making, except in certain circumstances and at the creditors’ request

• Insolvency practitioners will be able to use electronic means of communication when contacting creditors, rather than paper communication

• Where a dividend is less than £1,000 there will be no requirement for the creditor to submit a claim to the office-holder, the office-holder will be able to rely on information contained in a company statement of affairs and accounting records to pay the dividend

• The new rules reintroduce the previous requirement for an administrator to file a final progress report along with the notice which is sent prior to the commencement of liquidation proceedings. Despite this additional requirement, the number of filings will be reduced

How will the new rules affect creditors?

Over the coming weeks we shall examine the key changes to insolvency rules and consider the impact they will have on creditors.

To ensure you do not miss the release of our next article regarding insolvency rules please subscribe up to our newsletter.